AN OPEN LETTER TO HIS EXCELLENCY GOVERNOR ANAYO ROCHAS OKOROCHA(OON), THE EXECUTIVE GOVERNOR OF IMO STATE.

Due to the ongoing denudation on the road leading to FUTO and PolyNek, the SUG president of Futo has decided to write to the Governor of the State. Below is what he wrote according to his facebook post.

“Your Excellency sir, it is with due respect and honour to your office, and heart full of pains and grievance that I write to you today. I want to start by commending you for your effort so far towards rescuing Imolites though your mission is yet to be accomplished we pray for a positive change.Your Excellency sir, without taking much of your time, I would like to go straight to the point which is the situation of Poly Nekede/FUTO ihiagwa road that is in a dilapidated state.With due respect sir, this road has become a nightmare to the entire Nigerian students schooling in FedPolyNek and FUTO. It is no longer motorable and we are crying out loud.The condition of this road has brought about many changes; though negative changes like... Change in transportation fee... From FUTO to OWERRI town which was #100 is now #150. Delay on the road due to potholes and swamps. Constant accident, fighting among road users due to lane... Etc.However, the council of SUG Presidents which is under my chairmanship in collaboration with the National Association of Nigerian Students (NANS) have in many occasions written to the state government over this road issue but no replies came and there was no proper action taken.Overtime, people will say that Poly/FUTO road isn't a state road that it belongs to the federal government. Now the big question is , what happen to other States like Anambra where federal roads projects is been carried out by the state? Well if the state would not do this road for us, then let them attract the federal government to come and do it. That's why we voted them.Your Excellency sir, I want to categorically state that your government has done nothing for the young Imolites Schooling in FUTO and PolyNekede. You gave free education to IMSU stars and to State polytechnic Umuagwo what happen to over 85% Imolites in FUTO? What happen to over 90% Imolites in federal polytechnic Nekede? Come and do our road. That's all we are asking for.Your Excellency sir, recall that your well deserved doctorate degree was given to you in one of this universities which is FUTO to be precise not IMSU or polytechnic Umuagwo. Its your five years in office sirand we have not benefitted from your government. We have been abandoned. We need a students loving governor....The formal governor Ohakim did his bid by giving each SUG in all the universities a brand new vehicle and also listening to them when ever need arises. Your Excellency you can do better. Rescue our road.The issue of Poly/FUTO road has over lingered and the over seventy-five thousand (75,000) Nigerian students both FUTO and Poly Nekede has resolved as at 11am, 30th may 2016 that: (1)we are giving the state government a period of two weeks to commence work on Poly Nekede/ FUTO road, (2) that after two weeks and nothing is done, we shall embark on a peaceful protest. Route: from poly Nekede to government house, then to NAZA junction where road users may not be able to access that major road for like four hours. This is to help the state government reach the federal government so as to facilitate the rehabilitation of this road.Below are the pictures of FUTO/Poly road.We are peace loving people.We are Nigerian students.‪

I just hope the Governor listens to our cry and come to our aid. 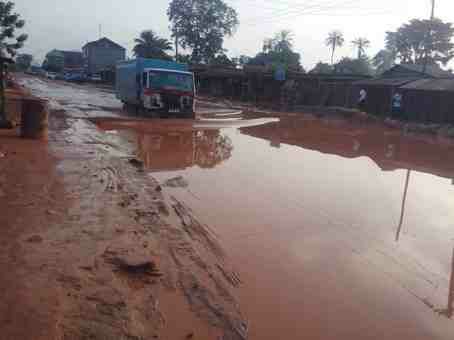 Ways To Know You Are In Nigeria( Funny pics) 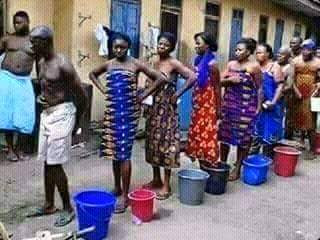 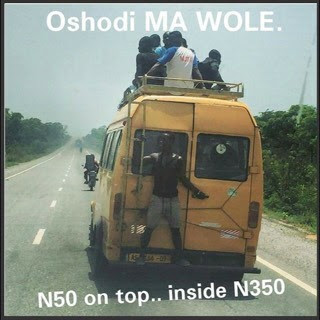 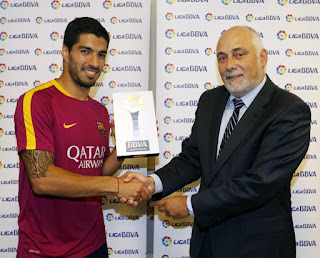 The Azulgranas striker nets the accolade after chalking up five big goals, plus an assist, to help his side capture the title.

FC Barcelona sharpshooter Luis Suarez (Salto, Uruguay, 24 January 1987) has been named the Liga BBVA Player of the Month for May in recognition of his prolific exploits which fired the Catalan giants to 2015/2016 Liga BBVA glory.
The Uruguayan has played an absolutely pivotal role in Barça's title defence, posting extraordinary goalscoring stats throughout the season, and finished the campaign as the division's most in-form player. Suarez notched five goals and set up another in the two Liga BBVA games the team played in May. The former Liverpool striker bagged a brace in the victory at home to RCD Espanyol and then rounded off with a decisive hat-trick away to Granada CF on the final matchday. In total, the marksman ended up with a league-high tally of 40 goals, as well as pitching in with an impressive 16 assists for good measure.
This accolade, which is awarded by BBVA, the competition's main sponsor, and voted for by the LaLiga.es writers, recognises Suarez's immense contribution to the Barcelona cause, from his goals to his work ethic, leadership and vision. 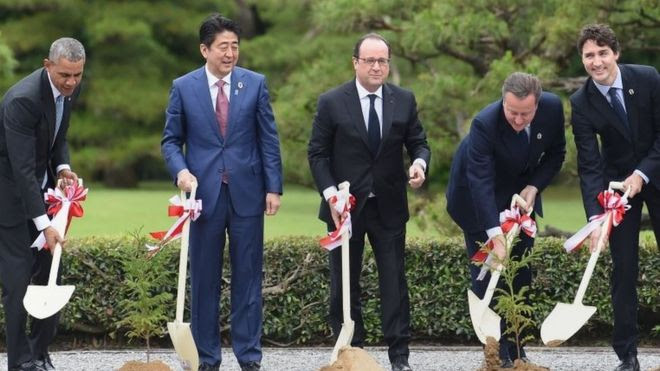 Japanese PM Shinzo Abe has taken world leaders to the Shinto religion's holiest site, as the Group of Seven (G7) summit begins in the country.
Mr Abe said the visit was so that they could "understand the spirituality of Japanese people".
The two-day G7 meeting in Ise-Shima brings together industrialised nations.
On Friday, US President Barack Obama will visit Hiroshima - the site of the first atomic bomb - the first sitting US president to do so.
The visit to the shrine is controversial because critics say Mr Abe is catering to his conservative supporters who want to revive traditional values. 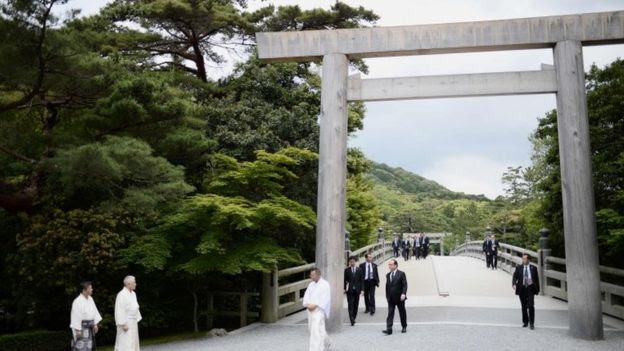 Top of the agenda for the G7 nations - the US, Canada, Britain, Italy, Germany, France and Japan - will be concerns over the health of the global economy.
Europe's refugee crisis will also feature prominently at the meeting. European Council President Donald Tusk said on Thursday he would ask the G7's support for more global aid for refugees.
On Wednesday, Mr Obama and Mr Abe met for talks where the US president expressed regret over the arrest of a US military base worker in Okinawa in connection with the death of a local woman.
Mr Obama also mentioned his upcoming visit to Hiroshima, saying it would "honour all those who were lost in World War Two and reaffirm our shared vision of a world without nuclear weapons, as well as highlight the extraordinary alliance that we have been able to forge over these many decades".
He has previously said he would not be apologising for the dropping of the bomb by the US. 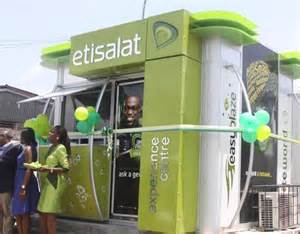 This new Etisalat 6.5GB plan was recently added to their subscription menu and the price tag is N3500, so you can get a massive 6.5GB data for as cheap as N3500. Outside that, Etisalat also revised some other higher packages by topping up the data limit. 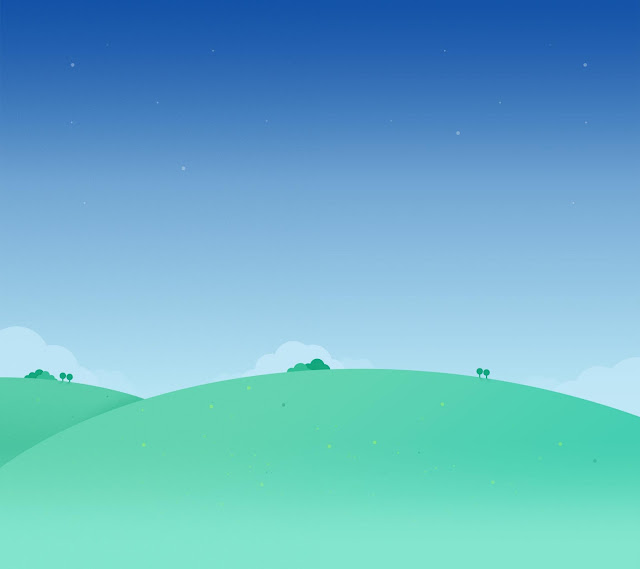 Enraged by the continuous strike action embarked upon by members of the Academic Staff Union of Universities (ASUU), and non-academic staff members of the Imo State University (IMSU), Owerri, Governor Rochas Okorocha, is contemplating sacking the entire staff and concessioning the institution.
Okorocha, who made the disclosure in Owerri while speaking with journalists, expressed disgust at the shutting down of the school for about two months by the workers, who are demanding a lot including the balance of N600m from the N1.2 billion earlier paid.

They are also demanding that the agreement reached between the unions and previous administration about eight years ago be respected.
Okorocha said in view of untoward happenings in the institution, he has no option than to sack the workers, engage new ones and concession the institution to any willing investor, even as he called on public-spirited individuals to appeal to the to call off the industrial action.
His words: “Please beg them. I have no choice than to concession Imo State University and bring in new lecturers and workers.”

Funny Photo:- When You Shout Sai Baba In Church

When You Shout Sai Baba In Church
You go know say your Pastor they para past you…
See the photo below:- 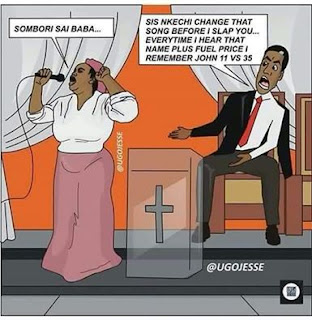 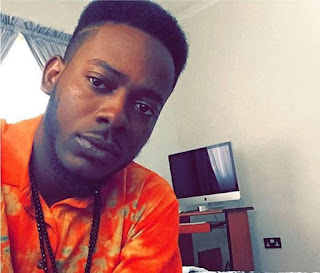 YBNL leader, Olamide has proven to be a man of his word especially with his relationship and deals with his signed artists.
He’s repeatedly said he only signs a 2-year deal with all his artistes after which they are free to go. 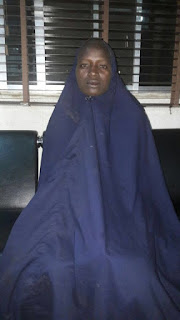 Hours after Amina Ali, one of the Chibok girls rescued on Wednesday from the insurgents, met with President Muhammadu Buhari, at the Presidential Villa in Abuja, the Nigerian Army announced the rescue of another of the girls on Thursday evening.

Army spokesperson, Usman Sani, a colonel, who confirmed the rescue, gave the name of the rescued girl as Serah Luka, said to be number 157 on the list of abducted school girls.

Mr. Usman later narrated how the abducted girl was rescued. 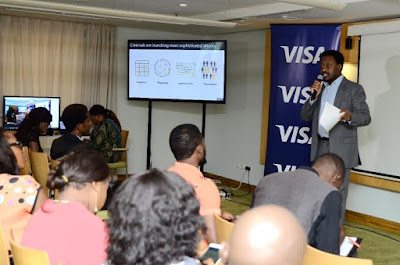 The event, which took place on the 7th of April at Radisson blu hotels, Victoria Island Lagos, was organized to help educate and engage tech bloggers on Visa’s role in promoting secure electronic payments. The forum featured an informative two hour session with Visa Country Manager Ade Ashaye as he provided insight into the evolution, benefit and potential future of the Nigerian financial cards industry. 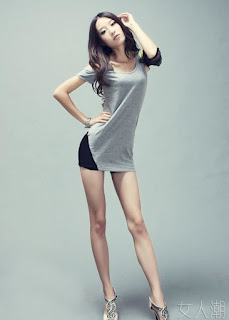 1. Nature has blessed us with nicer facial features: We are just effortlessly pretty. Even for the few of us that are not so pretty, we only need to apply one, two make up with some accessories to match and dang, you have a victoria secret model! 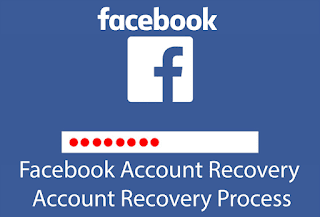