How To Transfer Files With Your Computer Using Xender App 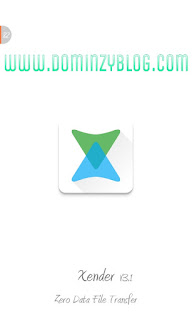 How To Transfer Files To Your Computer Using Xender App

Today's tutorial is gonna be on sending music, videos, apps, documents etc to your system using xender and also receiving from your system.

In this new age, everything has really gone wireless. soon we will no longer have to use cords or cable again. Now you no longer need usb cables inorder transfer files to your system. Many apps have been created to help your transfer files wirelessly, and today i will be treating on Xender.

Xender is one of the world's leading application for file transfer and sharing. It offers users the convenience to transfer files of different types and sizes between mobile devices, either Android or iOS based, with no need for cables or Wi-Fi or cellular internet connection, and with absolutely no mobile data usage for transfer.
The company was established in 2011 with the vision to provide better connectivity to the world through technology innovation and devotion to users. Powered by a truly global team we are committed to highest quality standards and user experiences of our applications. With high growth rate in the past few years, we have now more than 80 million activated users globally covering all time zones and more than 30 different languages.
Now lets go to how to connect it to your computer. follow the procedures below


PROCEDURES
You dont have to install xender on your computer because its an apk file and does not work on windows.
steps
1. Open Xender on your phone, click on the airplane icon to connect. At the bottom of the screen, select the icon with computer image with the name 'PC/MAC'

2. Click on Create hotspot of select the icon with the Hotspot logo. 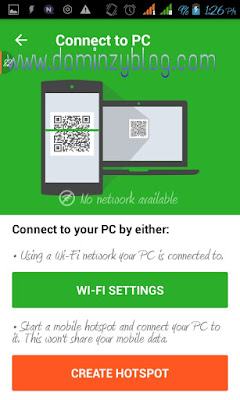 3. Go to your computer, turn on your WIFI and check the list of available networks, you will see XENDER_APC1FA. click on it to connect.
4. when connected. move over to your browser( use firefox or uc web for pc) and type the following in your address bar : http://192.168.43.1:33455 and cli


ck enter. The url to be entered will be shown on your phone incase it difffers with devices, go with the one on your phone. 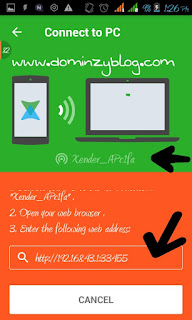 5. After click enter, a pop up will prompt on your phone screen telling to accept or cecline connection with your PC. select Accept, and wait for 2 seconds. Everything about your phone will be loaded on the browser of your computer, the rest is left for you to do.

Hope this tutorial was helpful?
if you are having problem connecting or transferring with xender on your PC, pls feel free to comment below with your problems and i promise i will be right here to help you out. 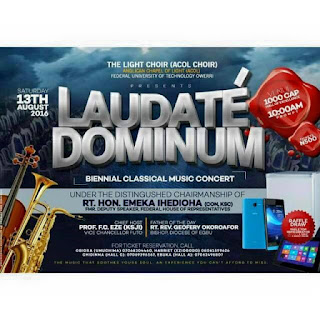 LAUDATE DOMINUM is the 2016 edition of the biennial classical. The tag LAUDATE DOMINUM is a latin word meaning 'Oh Praise The Lord'. It is a platform Christians praise God and sing of his goodness with classical songs and voices and it is usually spirit-filled and interesting.

RIO 2016: See Which Country Currently Have The Highest Medals

In the ongoing Olympics in Rio, China have really taken up the lead in the medals table with currently a total number of 8 medals.
Check out the rankings below

Every other countries participating in the competition currently have a total of 1 medal. 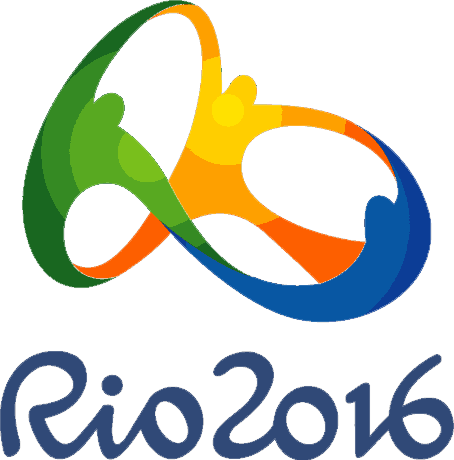 At least six Nigerian citizens were deported to Nigeria from Benazir Bhutto International Airport (BBIA) on Saturday after completing their punishment.

The Nigerian nationals involved in drugs smuggling were arrested by Federal Investigation Agency (FIA) three years ago.The anti-narcotic court sentenced them to imprisonment for three years after they were proven guilty.
FIA deported them from BBIA after expiry of their punishment period.The entry of the deportees in Pakistan again has been banned for forever.

I hope other countries learn to do the same. 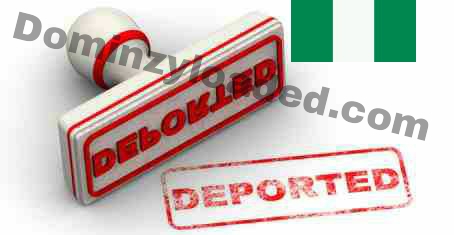 The alleged thief got electrocuted while trying to steal cable from a transformer at Kontagora localgovernment in Niger state.

I guess he got what he asked for. 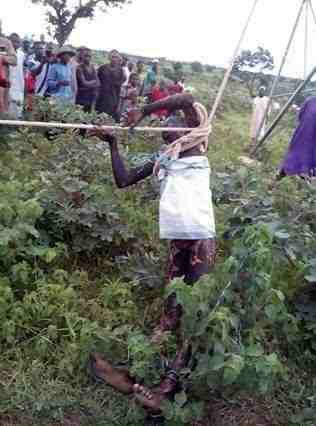 10 Things Men Shouldn't Do For Their Lover

Most men act childish when they are really in love and this has cost them a great deal. It is not bad to please a woman but over doing it makes one stupid. As a man, you must be smart enough to read in between the lines to know what’s favorable and what’s not.We are not saying you shouldn’t be romantic, it is a good thing to be romantic but not to the detriment of yourself and you should know that, just because something might be done in the name of love does not make it the right thing to do and these are the few you should try as much as possible to avoid or never be tempted to do for a woman, regardless.

1. Steal For her
obviously, we all know where this will end you and by the time you will be back, someone might have taken your place. Never allow anything to push you to steal in order to please your woman because if she later finds out you actually stole a gift for her, she might drop you, unless of course, you are in it together like Bonny and Clyde.
2. Pay For Her education
it is not a bad thing to support her education, if you can help but to take full responsibility for everything to your own detriment can be dangerous. We are all humans and we change from time to time, most men actually think funding a girl’s education means they’ll be forever indebted to them, ending up getting married to them but we’ve seen several scenarios where the women will end up finding love elsewhere. This has been suicidal to many men.3. Buy Her A House When You Don’t Have one common sense should tell you, you should build your dreams together but not favor her and think of yours later. Building a house for a woman when you don’t have one yourself can make you is wrong in every way. When she finally jilts you and lives init with another man. There are many men still biting their fingers over them.
4. Fight Another Man Because Of Her
Fighting because of her doesn’t prove anything. Two things are likely to happen, either the person beats you to a pulp and end up in the hospital or you will beat the person and end up in jail, either way, you don’t win.
5. Reject Your Family Because Of Her
Your family is everything and no matter what, you can’t reject them because your woman doesn’t like them. It will be very dangerous on your part to reject your family all because of a woman.
6. Change Your appearance
Nowadays, there are many men doing a lot, taking pills to make changes to their bodies all because they feel that’s what women love.Changing your looks to please a woman means the moment you stop trying she’ll go, ideally, people you be with should love you for who you are.
7. Give Up On Your Dreams To Satisfy Her
So there are many men out there who gave up on their dreams to help their woman achieve theirs or were discouraged by women. These same women dumped them afterwards. Never do this after reading this.
8. Being Over-submissive
it is nice to be sweet to your woman but always learn to set the records straight and don’t try to always appear weak to her and succumb to all her wishes in the interest of pleasing her. Truth is, women actually hate weak men and will prefer you’re sweet and sour.
9. Starving Yourself For Her
Never forfeit your food for her, at least you can share but to give all to her and go hungry, that’s not love, that’s stupidity.
10. Kill for her
Never ever even think about executing such an atrocity for a woman no matter how convincing the situation is, because if you endup in jail, another man will take your position.

Looking at the above collaged pix,the Part below looks like snap chat app but it is not.the mobile photo app that lets you share photos with your friends. But, sorry to be the bearer of bad news, it’s actually Instagram.

Breath easy though, I was confused for a moment as well.

Instagram launched a near identical clone to Snapchat called Instagram Stories. Let us go over the similarities. To start, Instagram Stories are limited to a 24 hr period and then they disappear… like Snapchat. Instagram Stories allow you to add emojis and draw on your stories.. like Snapchat. Instagram stories are public if your account is set to public… also like Snapchat. Do I need to go on?
There are a lot of similarities between the two platforms, but is that a bad thing? Maybe, but maybe not. Stay with me for a moment. Instagram is amazing at applying creative filters and sharing those ‘in the moment’ photos with your friends. If they could take the best of Snapchat and apply it to Instagram, well, then we could possibly have the best platform for everything. At least that is what it appears Instagram is after. The question is, will it work.

The key thing here is that is seems that Instagram is trying to foster sharing within their application. Currently Instagram is very one sided where the user shares a photo and people like it. There’s very little interaction, but that could change with Instagram Stories. I know that at MobileSyrup we will be looking at the new feature closely to see if it’s a way we can bring more content to our readers.

The new app will rollout to iOS and Android global over the next few weeks. But the question still stands, will users like it and will it stick? 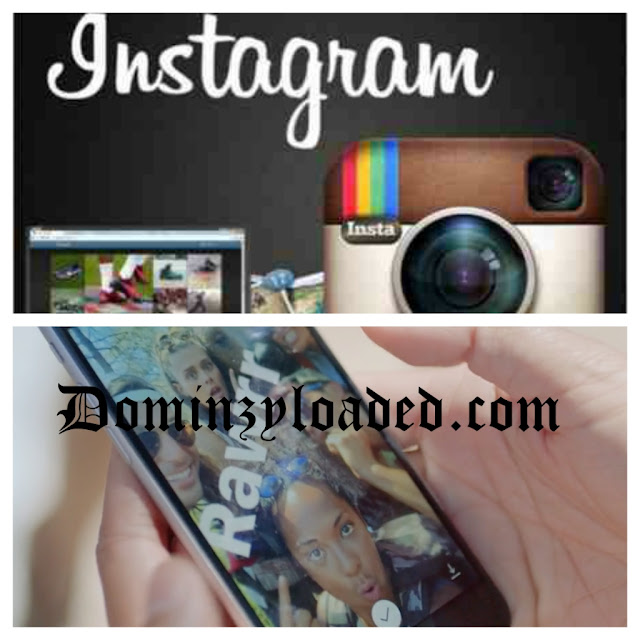 Agreement:
• Coverage for additional services (like GroupMe and Group Messaging) and new functionality and features for covered services (like Skype, Bing and our Rewards program)

Do well to act according to the above privacy statements. 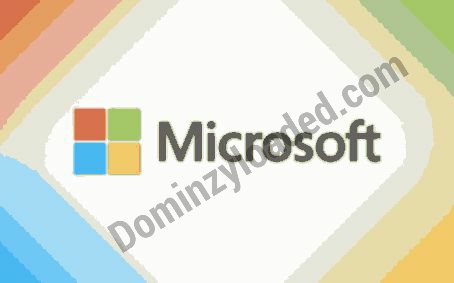 Majors of the Nigerian Hip Hop industry like Vector, Jesse Jagz, Show Dem Camp, Ill Bliss, Loose Kanyon along with revered underground rappers had come together to deliver some of the hottest bars & lyrics. Usually in groups these Hip Hop heavyweights display their ability to recite words rapidly and rhythmically over an instrumental backing to form a perfect blend of Hip Hop music.

This year some of the biggest names in Hip Hop have converged again to deliver the best of lyricism and wordplay. This year, the Cypher will be released weekly starting from the 4th of August this week on all major online platforms and on Trace TV. You can also join the conversation on social media with the hashtags #HennessyCypher & #HennessyArtistry2016
Hennessy Artistry is proudly supported by Trace TV & The Beat 99.9 FM 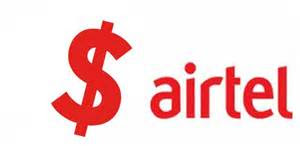 You won't believe it, but Airtel is actually surprisingly us day by day. They just released a special code titled "SPECIAL PRIVILEGE". THIS code gives a total of 6Gb for just 1500 naira. To subscribe, dial *440*161# It will last for 30 days and usable on all devices like Blackberry, Android, Java phones and even PC.What are you waiting for, start subscribing now b4 it ends because I don't think it will be available for life.
NOTE: IT only works on selected Sims. make sure you are eligible before subscribing.

Kudos to Airtel and I hope other network emulate them.