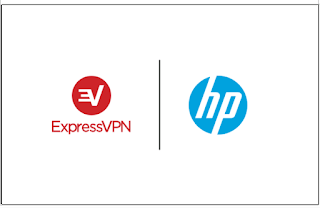 A virtual private network (VPN) is a secure way of communication between computing devices and the internet. VPNs are used to guard online users against snooping, interference, and attacks. ExpressVPN is a select type of VPN that acts as proxy hence allowing online users to change their locations and use the internet anonymously from any part of the world.  ExpressVPN is now working with HP to make its users stay safe and secure online. Through the partnership between ExpressVPN and HP, many HP customers will be secured from the first day with ExpressVPN preinstalled in their machines.

About HP and Spectre x360 13
HP is a computer company that has been in the market for a long time with a variety of laptops and computers. The new HP Spectrex360 13 is 13% smaller compared to the previous generation, with a system Y dimension reduction of 23.4mm. The top border reduced by12mm and the bottom border reduced by 15mm. It will have ExpressVPN included in it and users will have a free 30-day VPN trial, which will enable them to have access to all ExpressVPN applications. When customers connect public Wi-Fi networks, they do not realize the security and privacy risks that they are bound to encounter, but through the use of ExpressVPN, all users will be safe when browsing the internet.

Inner Working of ExpressVPN
Through ExpressVPN TrustedServer Technology, all data will be deleted on every machine reboot since the VPN servers run on RAM alone. The server does not write on the hard drive to reduce data risk. On server startup, the whole software stack is reinstalled afresh. This technique being used by ExpressVPN is to make sure that all user information is safe and free from attacks. Deleting data on every machine reboot makes it hard for hackers to trace information on servers.

Security techniques of EpressVPN
ExpressVPN makes use of four key strategies to meet their security and privacy goals. The VPN makes the system very difficult to compromise by not providing real physical locations and critical information. The multi-factor authentication is also used to make sure it difficult for intruders to access devices and systems. The VPN minimizes potential damage by doing data encryption and hashing using MD5 techniques. To reduce potential damage, the company has put measures to ensure that if an attack occurs, the amount of time the system can remain compromised is minimized. It utilizes intrusion detection systems and automatic robots to detect attacks. The last technique is the validation method where the company invites security researchers to test the systems and get rewards for any problems that they find. The company also performs regular audits to make sure they comply with regulatory policies.

Other Ways to Protect Yourself from Cybercrime

Other than using ExpressVPN, there are multiple measures you can take to secure your online privacy, such as:

Create Strong Passwords
Secure all your online accounts with strong, unique passwords to prevent online attacks. Neglecting password security can expose you to hacking, especially when browsing from an unsecured, public Wi-Fi network. Create a strong and unique password for every account by utilizing a combination of letters (both lowercase and uppercase), numbers, and special characters like #%&[email protected], etc. It’s also a good idea to make your password long enough (a minimum of 16 characters) to make it difficult for hackers to crack using brute force attack.


Update your Devices
Always keep your computer, tablet, and smartphone up to date with the latest security patches. More often, updating a computing device seems annoying and time-consuming, but it can help to prevent cybercriminals from exploiting any bugs or security flaws that may have penetrated your device prior to the update.

Bottom Line
The ExpressVPN and HP partnership help users to securely browse the internet by hiding their IP address and location. The VPN encrypts communications using the 256-bit encryption to protect user-information when browsing the internet from public Wi-Fi networks. HP users can now stream HD videos on any device at the fastest speed since ExpressVPN has optimized its network to ensure fast speeds with no bandwidth limitations.  Moreover, users can unblock censored websites that are not available in certain countries. By using ExpressVPN, users can avoid spying and throttling by government, network administrators, and ISPs.