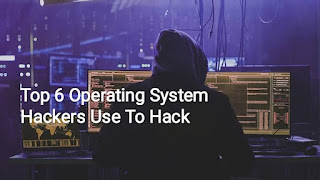 We do know that professional hackers have their own specially made operating system for hacking, which is not windows. There are operating system that hackers use to hack and I'll be mentioning the top 6 of them in this post.
They are:
1. Kali Linux
Kali Linux is an open source project that is maintained and funded by Offensive Security,a provider of world-class information security training and penetration testing services.
In addition to Kali Linux, Offensive Security also maintains the Exploit Database and the free online course, Metasploit Unleashed.
2. BackBox Linux
BackBox is more than an operating system,
it is a Free Open Source Community project with the aim to promote the culture of security in IT environment and give its contribute to make it better and safer.
All this using exclusively Free Open Source Software by demonstrating the potential and power of the community.
3. BackTrack Linux
The evolution of BackTrack spans many years of development, penetration tests, and unprecedented help from the security community.
BackTrack originally started with earlier versions of live Linux distributions called Whoppix, IWHAX, and Auditor.
When BackTrack was developed, it was designed to be an all in one live hacking CD used on security audits and was specifically crafted to not leave any remnants of itself on the laptop.
It has since expanded to being the most widely adopted penetration testing framework in existence and is used by the security community all over the world.
4. BlackArch Linux
BlackArch Linux is an Arch Linux-based penetration testing distribution for penetration testers and security researchers.
The repository contains 1629 tools.
You can install tools individually or in groups. BlackArch Linux is compatible with existing Arch installs.
For more information, see the installation instructions.
ALSO READ: How To Activate SMADAV 2020 Pro With Free Registeration Keys
5. Deft Linux
DEFT (acronym for Digital Evidence & Forensics Toolkit) is a distribution made for Computer Forensics,
with the purpose of running live on systems without tampering or corrupting devices (hard disks, pendrives, etc…)
connected to the PC where the boot process takes place.
it can run live (via DVDROM or USB pendrive), installed or run as a Virtual Appliance on VMware or Virtualbox.
DEFT employs LXDE as desktop environment and WINE for executing Windows tools under Linux. 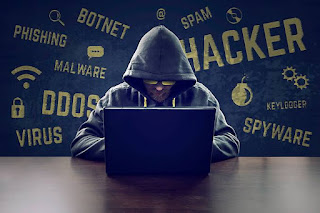 6. NST
NST is a bootable ISO live DVD/USB Flash Drive based on Fedora Linux.
The toolkit was designed to provide easy access to best-of-breed Open Source Network Security Applications and should run on most x86_64 systems.
The main intent of developing this toolkit was to provide the security professional and network administrator with a comprehensive set of Open Source Network Security Tools.
An advanced Web User Interface (WUI) is provided for system/network administration, navigation, automation, network monitoring, host geolocation, network analysis and configuration of many network and security applications found within the NST distribution.
In the virtual world, NST can be used as a network security analysis validation and monitoring tool on enterprise virtual servers hosting virtual machines.
If you want daily hacking tutorial and want to learn ethical hacking then Join our telegram channel and also we are sharing free udemy courses, so don't forget to join.