Samsung Plans To Release Galaxy S9 On 27th Of February, 2018 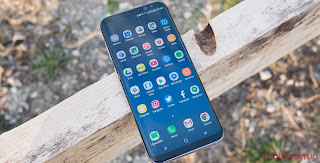 Samsung will unveil its next flagship smartphone, the Galaxy S9, on February 27th, 2018, during Mobile World Congress, according to a new report from Korean-language publication The Bell .
The Bell goes on to state Samsung will start selling the S9 and S9+ in March, instead of April as it did with the S8 and S8+ this past year.
That said, as Android Authority suggests, it’s more likely Samsung will, following past precedent, unveil the S9 just before the official start of Mobile World Congress. In 2018, MWC is scheduled to begin on Monday, February 26th. As such, we’re more likely to see Samsung announce the S9 on Sunday, February 25th.
The S9 and S9+ are expected to be mostly iterative updates on the company’s current S8 lineup. On Thursday, On Leaks released a CAD render of the upcoming smartphone.