Check Out The Original Meaning Of RAG DAY


The oxford dictionary states the word *rag* as an act of ragging esp extensive display of noisy, disorderly conduct carried on in defiance of authority.

Alternatively, its thought to be from Victorian era when students took time out of their studies to collect rags to cloth the poor I.e return their earned money to the poor.

Much more recently "Backronyms" have been invented for the rag to stand for "Raise and Give".

The first rag in South Africa was started at the university of Pretoria in 1925. The student took to the street in parade  that still exist today and known as precession. 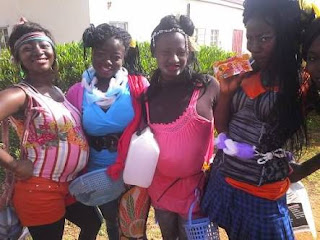 In the united kingdom, rag day is an activity carried out by student-run charity organization.

Rag day or rag activities is a voluntary charity works in the form of fundraising campaign for the less privilege people in our society by Nigerian higher institutions.

But the above definition of Rag has gone to oblivion. Ragging as student like to call it in Nigeria is usually part of the student week when students especially fresher's adorn rag or dress in less sensible manner and storm the street in bid to raise fund for charity. But unfortunately the *Charity* has been thrown into the dustbin and make my pocket rich, has been introduced by the student. The students see it as a means of getting money from the public to enrich their pocket and forget the meaning of the activity. 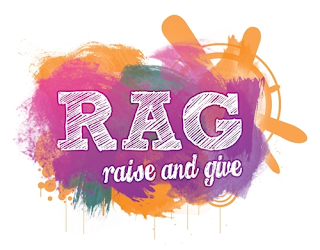 May I also remind you that, when you dress in the less sensible manner you represent the less privilege. But who cares for the less privilege today?. The funniest is that even persons that are not students join in the ragging activities because it sole purpose has been defeated.

Nigerians are good in emulating but abuse and throwout  the true meaning  of what they have emulated.

*Let's go back to the ancient days.*
*Let's keep to our emulation.*
*Let's do what we represent.*
*Let's play according to the true definition.*