Jumia Online Store Plans To Be Sold By Owners 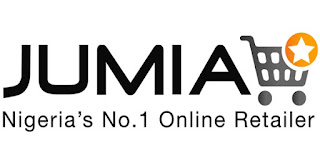 This is expected to take place this or next year, but according to Reuters, Rocket Internet is expected to “shortly mandate banks for an initial public offering of Jumia.”

Rocket Internet helped set up Jumia in 2012, but the firm has been operating with loss for years despite conquering the market space.

But the owners are seeking a way out from the consumer electronics and fashion retailer, in line with its strategy of selling or listing established internet firms.

Reuters said Berenberg, which has a track record of working with Rocket on capital market transactions, is seen to be in a good position to win a mandate, the people said.

A listing of shares, in a volume of under €200 million ($245.7 million) is expected to be floated, but no information on Jumia’s valuation was immediately available.

1.2 billion consumers and 15 million small and medium-sized firms. It also features services such as an online hotel booking and a food delivery platform.

Jumia said in January that it had 1 billion visits on its pages across Africa in 2017. It has 50,000 merchants in its ecosystem, where five million products, hotels, restaurants and other services are listed.

According to a presentation from Rocket Internet, Jumia saw its adjusted loss before interest, tax, depreciation and amortization widen to €80.7 million in the first nine months of 2017. Revenues edged up to €57.3 million.

Only recently, Zinox Group acquired Konga in a move that is expected to raise the profile of e-commerce in Nigeria.