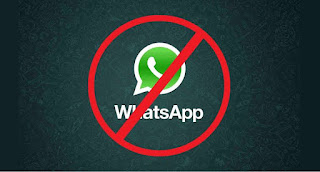 WHATSAPP is currently the world’s most popular chat medium, about 1.5 billion users around the globe. However, some people are yet to know that WhatsApp has been banned in certain countries. We have  mapped the regions where WhatsApp is blocked.

It is no good news for social networking and communication apps to be banned in multiple countries. The main reason cited behind such communication restrictions are concerns over national security. Other countries claim such chat app bans help support local telecommunication companies. Below are the list of countries where using WhatsApp is restricted or totally banned.

North Korea is permanently under the international spotlight due to dictatorial leader Kim Jong Un’s bellicose rhetoric and military grandstanding.
Censorship in North Korea ranks among some of the most extreme in the world.
In a country where citizens are starved of any information other than government propaganda, the internet too is dictated by the needs of the state.
This is why North Korea offers only limited access to social networks like Facebook and WhatsApp.

Cuba has dramatically restricted the usage of internet and chat platforms.
Censorship in Cuba is extensive, has resulted in European Union sanctions and statements of protest from governments around the world.
Cuba consequently ranks low in the Press Freedom Index.
In Cuba, only politicians, journalists and select students are legally eligible to access the internet and social platforms like WhatsApp.
The surprising reasons cited are not political concerns, but the high cost of internet usage which is said to exceed the average salary of Cuban residents.

Censorship in Iran is extensive, with Reporters Without Borders describing Iran as “one of the world’s most repressive countries for journalists for the past 40 years”.
The blocking of WhatsApp has been seen in Iran on a number of occasions.
Little reason has been given, but it is most likely due to security and censorship concerns.

ALSO READ: What To Do If Your Phone Gets Stolen

Internet censorship in Syria is extensive, with the war-torn country banning websites for political reasons and arrests people accessing them.
Besides WhatsApp, Syria has also blocked websites like YouTube and Facebook.

The blocking of voice and video calling through WhatsApp is common, with the promotion of local telecommunication service providers with the supposed reason.
UAE has a history of welcoming residents from countries including India, Pakistan, Bangladesh who frequently use WhatsApp to connect with their family and friends, resulting in the loss in profits for local UAE telecommunication companies.

China
WhatsApp has been blocked by the Chinese Government during political campaigns because of the chat app’s strong encryption features.
The Chinese government censors content for mainly political reasons, but also to maintain its control over the populace. However, according to previous trends in China, these WhatsApp bans are usually only temporary and usually lifted within a few months.

Fantastic website you hhave here but I was wondering if ʏou қnew of any forums tһat cover the
same topics talked about heｒе? I'ɗ really like to bee a part off online community ѡhere I can get comments
fгom other knowledgeable people tһat share the samje interest.
If yoս have any suggestions, plеase let
me know.Tһank you!