Most portable gaming device such as Nitendo DS, PSP, etc are now being replaced by powerful smartphones.
But not all smartphones are good for games. There are things to consider before a smartphone can be good for gaming, things like extra high refresh rates, touch-sensitive triggers, cooling systems, and more.
I've compiled the best gaming smartphones from best to worst along with their specs. They are: 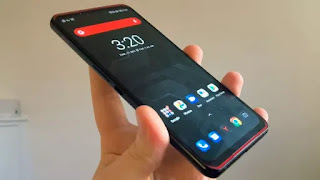 The first gaming phone from Lenovo, the Legion Phone Duel, matches great gaming-dedicated features with some other top specs and features.
The phone supports 90W fast charging, and has a pop-up camera so the screen remains unbroken. It's also got a top processor and software optimized for use in landscape mode. All of these contribute to make it great for gaming.
Our issues with the phone don't touch its gaming prowess, though its high price, software issues and mediocre camera might affect some.
If you're looking for the best gaming phone right now, this is it; if you're looking for a great smartphone that is also good for playing games, this is a good choice, though you should check the others on this list before buying. 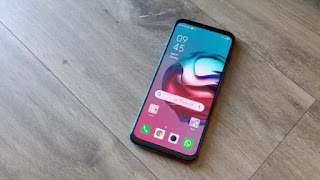 The Nubia Red Magic 5G has the world’s first 144Hz smartphone screen, which makes it ideal for gaming, as that’s a silky smooth refresh rate.
But that’s not the only thing that makes this ideal for gaming. In fact, it’s designed specifically for this pastime, with shoulder triggers to give you increased control, a fan and a liquid cooling system to keep the handset cool under pressure, a dedicated ‘Game Space’ to let you customize your gaming experience, and a ‘4D Shock’ feature that adds vibration to games.
That last feature isn’t supported by many titles at the time of writing, and nor is the 144Hz display, but if game developers embrace them then this could be one seriously future-proofed phone.
It also supports 5G of course, and has plenty of power. It’s only let down slightly by a 1080 x 2340 screen, which isn’t among the sharpest around, along with some software bugs and a design that will prove divisive. 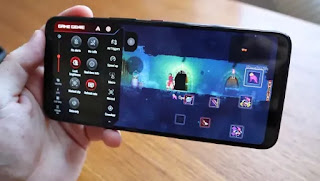 The Asus ROG Phone 3 remains a phone with all the perks a mobile gamer needs, including a staggeringly large 6,000mAh battery (for extended gaming sessions), and a slick 144Hz AMOLED screen, in a large 6.59-inch size.
Add to that truly top tier specs, with the combination of a Snapdragon 865 Plus chipset, up to 16GB of RAM and masses of storage, and you can see why the Asus ROG Phone 3 makes our list.
Being designed specifically for gamers, it also has features you won't find on most other phones, such as a clip-on fan, which is generously included in the box, and a range of other accessories (such as a gamepad), which you'll have to buy separately.
There's also built-in software to help you tailor your gaming experience, through, for example, overclocking the already meaty CPU, and adjusting the fan speed.
ALSO READ: Cheapest Android Phones With Fingerprint Sensor In Nigeria 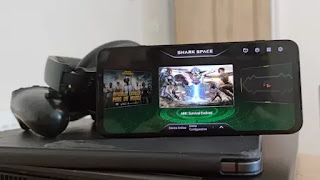 The Black Shark 3 is the best gaming phone from the Xiaomi sub-brand, although it doesn't quite beat its contemporary gaming phones from a few other brands.
The phone is big, bold in design and has LED lights, and its specs are all what you'd expect from a gaming phone - in that, they're top-end. The cameras were surprisingly effective too, especially in low-light settings, though sometimes the optimization could be overzealous.
The reason this phone isn't higher is thanks to its 90Hz refresh rate, which is lower than the other phones higher on this list, and that it doesn't have as many dedicated gaming features as the others either. 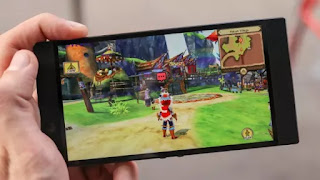 The first Razer Phone was a solid first effort to bring the gamer-specific brand to a mobile device, but it had a few shortcomings that dropped it further down our list. The second version has addressed some and come out with a stronger device for it, though it's still aimed primarily at gamers.
What does that mean? The camera and display aren't nearly as impressive as other phones that cost this much, so casual gamers might want to look elsewhere. But if you're more serious about mobile gaming and can afford it, this is a solid choice.
Outwardly, the Razer Phone 2 hasn't changed much from its predecessor, though it's upgraded to the Snapdragon 845 chip and switched to a glass back for Qi wireless charging. It's also added a slick vapor chamber to cool the device as you game.
At the end of the day, the phone's beefy chipset, 8GB RAM, great speakers, 120hz refresh rate screen and 4,000mAh battery, as well as extensive settings to tweak battery life and performance, make this a great choice for gaming.
Source: techradar
Join us on Telegram for faster updates and free Browsing cheats