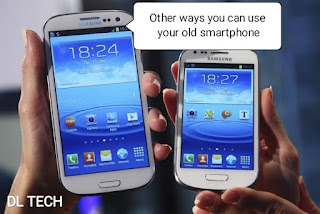 As it is now, hackers can easily trace back all the data from your phone back to you. If you have an old smartphone, you can turn it into a "ghost phone" that will be completely untraceable.
A ghost phone has a lot of benefits. For example, it will keep your identity secure on online dating sites or if you're selling something online.
Here's how to do it:

2. Turn Your phone Into a Security Camera

Instead of spending good money to buy a bunch of security cameras, why not just use old smartphones? They work brilliantly, and it's easy too.
Here's how to do this:

3. Use It As A Universal Remote Control

This is one of the most popular ways to reuse an old smartphone. You'll be able to control almost anything in your smart home such as TV, decoder, AC, etc.
You need to check whether your Android phone has an infrared (IR) blaster. This will let it connect to TVs, air conditioners, and other devices that normally use a remote control. Most Xiaomi phones like Redmi comes with IR blaster. Sadly, no iPhones have an IR blaster in them.
If the phone has an IR blaster, just grab one of the best remote apps that we recommended. All Xiaomi Phones that comes with IR blaster, already have a system remote app installed, so there will be no need for 3rd party apps.
If the phone doesn't have an IR blaster, you'll need to add IR connectivity. You can do that by adding IR blaster to the phone with a third-party accessory.

4. Use It As A Portable Gaming Device 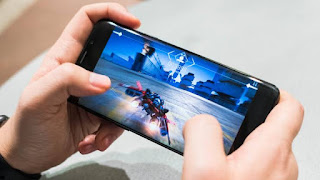 If your old smartphone has a lot of internal memory, you can turn it into a portable gaming device for yourself your kids.
Instead of making use of your new phone for business and pleasure (gaming), your old smartphone can help you with the gaming part.
This is perhaps the simplest way to repurpose an old smartphone, and your kids will love you for it. Given the amazing games released on Android and iOS these days, it's also a cheaper option than buying a PlayStation Portable or Nintendo DS.

5. Turn It Into A Mobile Cinema

As long as your old smartphone has a screen large enough to watch movies and internal storage to contain lots of movies, you can turn it into a mobile cinema.
Most people don't like watching movies with their phone, they prefer watching it on TV or making use of their laptops. This helps them keep their phone storage free from filling up with movies and also they can watch movies without being interrupted by calls or messages.
You can put your main phone on airplane mode while watching movie with the old phone.
This is a very good way to reuse your old smartphone.

6. Leave It Permanently In Your Car 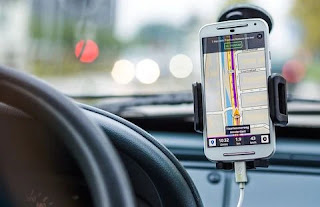 A lot of people overlook the simplest use for an old smartphone. Grab a car phone holder, a double-port car charger, and fix your phone in place permanently.
You can use your old smartphone as GPS Navigator when driving to places you've never been before.
It means you don't need to waste your regular phone's battery or data on GPS and turn-by-turn directions.
Similarly, you don't even need to spend a ridiculous amount of money for an awesome car stereo with Bluetooth and internet radio. Just buy one of the best Bluetooth speakers and play music from your car phone.
ALSO READ: Learn How To Convert Video To MP3 With Xender
Keeping hold of old devices and finding new uses for them is better for the environment than throwing them into the wastebin. Most smartphone companies advises not to throw away your device, they should be recycled instead.
If you can't find a new home for the phone, find a new use instead. The same goes for other technology gadgets you have around the house.