Late Joy Odama who was a mass communication undergraduate at the Cross River University of Technology (CRUTECH), had reportedly gone to one Alhaji Usman I. Adamu, who is said to be a well-known philanthropist, to register for a scholarship grant on December 18, 2016.She had reportedly gone in the company of one of her friends identified as Elizabeth. According to her mother, she had spoken to her when she went back to meet the Alhaji on December 20, after he asked her to help him out at home.

Speaking on her daughter's death, Mrs Philomena Odama said:“When it was my daughter’s turn to see Alhaji Adamu, she told him that she had come to seek for an assistance to continue with her education, but the ‘philanthropist’ told her to come along with her mother to the house.My daughter told me this and I decided to go there with her, since the quarters where the Alhaji lives were in the same neighborhood where we reside.

I equally met other people in the house seeking for the same assistance from this Alhaji Adamu.The Alhaji promised that he would support my daughter in school and also promised me a jobat the Nigerian Security and Civil Defence Corps (NSCDC).

Two days later, on the evening of 20th of December, the Alhaji called my daughter, and told her that his house help is seriously sick and that she should please come and help himlook after her while he goes to look for a doctor.

He also said that he has called other girls (thatis some of the girls we saw in the house the previous day). My daughter informed me aboutthis and I allowed her to go. That was the last time I saw my daughter alive.”According to Mrs Odama, she had spoken to her daughter later that day while she was at the Alhaji's house. She said:“About an hour later, she was not yet back, I called her but she did not pick the call.

I called her several times and there was no response.Then I called Alhaji’s number, but he too did not pick. I became worried. I continued calling her number and that of the Alhaji every now and then and the Alhaji eventually picked his call. However, to my surprise, he pretended notto know who l was or who my daughter was.When I pressed further, he replied, ‘Did anything happen to Joy?’, as if he did not know where Joy was. And I knew all was not well.

We were about going to Karmo Police Station, to report the matter when two police officers came to my house and told us (myself and my husband) to follow them to the station.

On getting to the station (Karmo Police station), the DPO informed us that all the girls that wentto Alhaji’s house were all unconscious; that one is not responding to treatment, while others are responding to treatment.The next day, which was December 22, 2016, I and some of my relatives and a lawyer, including a close family friend who works with an NGO went to the police station again.

That was when they informed me that my daughter was dead and has been taken to the mortuary.Our lawyer asked the DPO if the Alhaji has been arrested. But the DPO said bluntly, ‘As faras he is concerned, no crime has been committed and that my daughter died a natural death and that he cannot arrest the Alhaji.”

An Abuja-based NGO identified as Basic Rights Enlightenment Foundation has joined the family in crying out to the office of the senate president, the House of Representatives, the Human Rights Commission, the Inspector General of Police and the Department of State Services (DSS) to help them in determining the actual cause of Joy's death and also bring the culprits to justice.

Mrs Odama who mentioned how she toiled to send Joy and her younger sister to school, says she suspects her daughter was killed for rituals, as her remains had already been embalmed before she was even informed about her death at the Karmo Police station. She said:“The DPO directed us to the Federal Medical Centre Airport Road Abuja and on getting to the mortuary at the hospital; we discovered that my daughter’s body has been embalmed.” 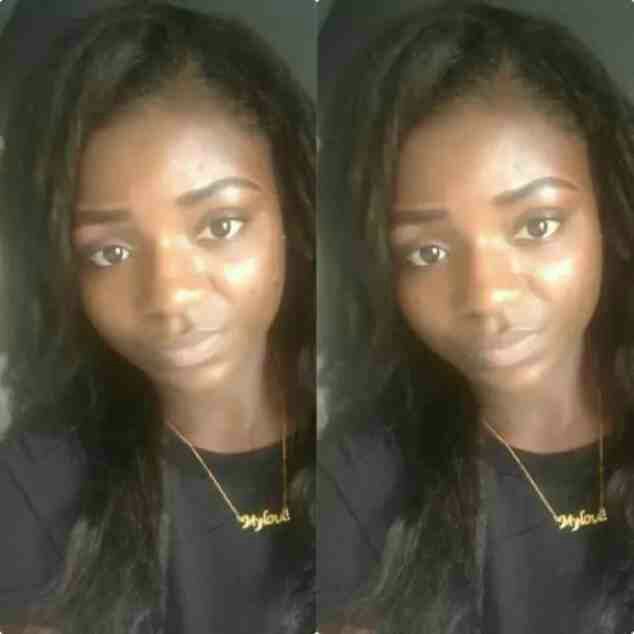