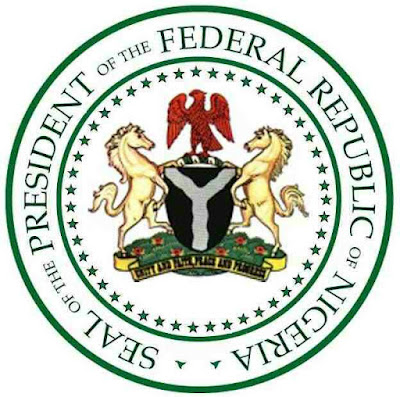 Rising report reaching us, has uncovered that Abba Kyari, the Chief of Staff to President Muhamamdu Buhari, has assigned himself as the Acting President, by purposefully embeddings the provision "National Coordinator" alluding to the Vice President, Yemi Osinbajo, in Buhari's letter to the Senate, before Mr President set out on another medicinal get-away, last Sunday.

Sahara Reporters, reported that Kyari’s main goal in using the word “Coordinator”, tagged in the President’s letter to the National Assembly, was to retain considerable power and influence around his office and person, most especially when the President is not around.

It was also learnt that: ”Besides VP Osinbajo, Abba Kyari considers Ministers, such as Lai Mohammed, Babatunde Fashola, Rotimi Amaechi, Audu Ogbeh, Hadi Sirika, Malami, and Jumai Alhassan, as those he should cut off from the President”, a source said.
“He was so furious in January, when the President was away for 50 days, because all the Ministers whose access to Mr. President he had tried to curtail, started getting approvals and access with the Acting President, very promptly”, one source said.
Presidential sources further revealed that, Kyari has already asserted himself as the Acting President, by moving vital documents out of the Vice President, Yemi Osinbajo’s reach.
“On more than one occasion, Kyari, put himself up to assignments that should have gone to a Minister, if the President and his Vice were not available”, sources noted.
They cited a recent example of what happened last Sunday, when the 82 Chibok girls were released. Kyari, “took it upon himself to go and receive the girls, without informing the Women Affairs Minister, Jumai Alhassan, whose Ministry is responsible for everything pertaining to the Chibok girls, in the Buhari administration”, a government insider said.

An official source who attended the reception, also said Kyari side-lined the media team of the President, and carried out official functions meant for the Vice President, and other appointees of Buhari.
Regarding the reception for the freed Chibok girls, sources disclosed that the Information Minister, and the Women Affairs Minister, got wind of the event, and simply showed up to attend in spite of  Kyari’s “standoffishness”.