Buhari Promises To Resign If He Doesn’t Recover Soon 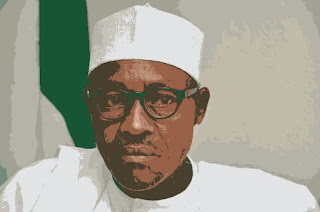 President Muhammad Buhari may resign if he does not recover from his ailment soon, sources have reported.
According to Independent, a Presidency source has disclosed that President Muhammad Buhari will pass the baton to his deputy, Yemi Osinbajo, if he does not recover from his ailment soon.
The President has been in the United Kingdom for the better part of the year treating an undisclosed ailment, much to the chagrin of a large part of the population, including a good number of his supporters.
Independent reports the source to have said, “The president is not desperate to cling on to power if his health cannot carry him. I can tell you authoritatively that he has given a timeline that if he doesn’t recover fully on a specific date, he will file in his resignation letter and if you know President Buhari very well, he meant what he said.
“That is why Nigerians who love the president and his efforts in restoring Nigeria’s lost glory should continue to pray for his quick recovery. It will be to our disservice if he dies as some people are wishing him”, he said.
Independent also reported another source as stating that before the President embarked on his May trip to the United Kingdom, he had wanted to dispatch a resignation letter to the National Assembly but a retired general from Taraba state prevailed on him not to do so.