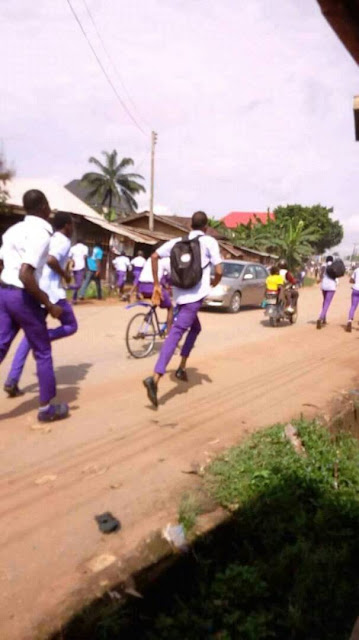 NIGERIAN MILITARY WENT TO ANAMBRA STATE IN OZUBULU AT ST.MICHAEL NURSERY AND PRIMARY SCHOOL THIS MORNING,
AND STARTED INJECTING SCHOOL CHILDREN BY FIRE BY FORCE. 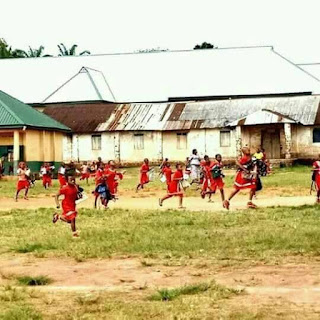 ALL THE WHOLE SCHOOL HAS SHUT DOWN IN OZUBULU , NNEWI AND OTHER NEIGHBORING VILLAGES NOW...
School children are on the run for their dear lives. 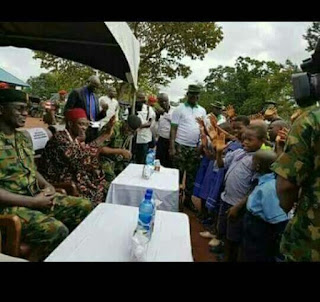 Relating to the forceful injection of pupils by soldiers, An unconfirmed rumour of Monkeypox being spread by Soldiers, has caused the entire people of Anambra State to be in gross fear and panic.
The rumour which started this morning made so many schools within the state to either close down their school gates or allow parents and guardians to take their wards home.
One of the secondary school teachers in Awka who pleaded anonymous, said she got a call from a parent telling her of the latest development within the state.
Another teacher she heard that Soldiers are moving to schools immunising school children with Monkeypox virus in a part of the state. 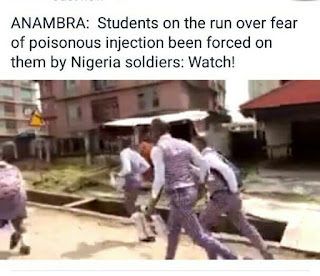 Some others who spoke with our correspondent said they heard that there is great unrest in Oba, Nnewi, Onitsha, Awka and so many other towns within the state.
As at now, the rumour of the Monkeypox immunization in the state being led by soldiers is yet to be confirmed. 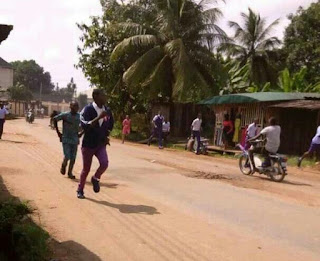