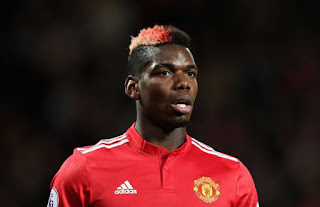 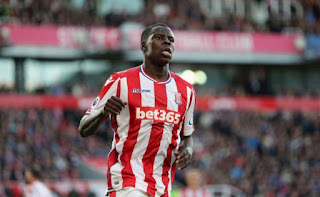 Manchester United star Paul Pogba is so competitive he banned compatriot and Chelsea loanee Kurt Zouma from his house for beating him at the card game Uno.

The French teammates, who have known each other for years, often hang out together, especially now Zouma has relocated to the north of England to play for Stoke City.

However, sometimes their competitive streaks bring them to blows, even over something as playful as Uno, with Zouma revealing exactly how much Pogba hates losing.

‘He is the same guy as before, he hasn’t changed. The other day, I went to his house and beat him. He was so, so, so angry.

‘He didn’t want me to come anymore. ‘He told me “don’t come anymore to my house”. I said “my friend, please, it’s only Uno we’re talking about”.’

will need to put up with.Zouma continued: ‘You have to say, he loves doing haircuts, he loves doing that. Dabbing, I told him to stop but he won’t stop but you know, it is good. ‘Pogba is
one of the best players, he’s got everything. That’s why people talk about him, because he’s so, so good.’