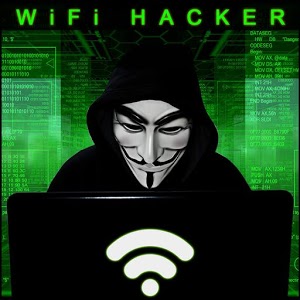 Aircrack-ng is one of the most popular wireless passwords cracking tools which you can use for 802.11a/b/g WEP and WPA cracking. Aircrack uses the best algorithms to recover wireless passwords by capturing packets. Once enough packets have been gathered, it tries to recover the password. To make the attack faster, it implements a standard FMS attack with some optimizations. The company behind the tool also offers an online tutorial where you can learn how to install and use this tool to crack wireless passwords. It comes as Linux distribution, Live CD and VMware image options. You can use any of these. It supports most of the wireless adapters and is almost guaranteed to work. If you are using a Linux distribution, the only drawback of the tool is that it requires a deeper knowledge of Linux. If you are not comfortable with Linux, you will find it hard to use this tool. In this case, try Live CD or VMWare image. VMWare Image needs less knowledge, but it only works with a limited set of host OS, and only USB devices are supported. Before you start using this tool, confirm that the wireless card can inject packets. Then start WEP cracking. Read the online tutorial on the website to know more about the tool. If you will follow steps properly, you will end up getting success with this tool.

AirSnort is another popular tool for decrypting WEP encryption on a wi-fi 802.11b network. It is a free tool and comes with Linux and Windows platforms. This tool is no longer maintained, but it is still available to download from Sourceforge. AirSnort works by passively monitoring transmissions and computing encryption keys once it has enough packets received. This tool is simple to use. If you are interested, you can try this tool to crack WEP passwords.

Cain & Able is a popular password cracking tool. This tool is developed to intercept network traffic and then discover passwords by bruteforcing the password using cryptanalysis attack methods. It can also recover wireless network keys by analyzing routing protocols. It you are trying to learn wireless security and password cracking, you should once try this tool. 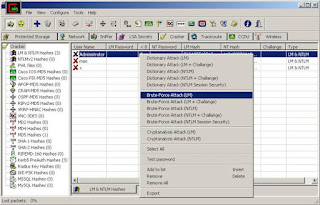 Kismet is the wi-fi 802.11 a/b/g/n layer2 wireless network sniffer and IDS. It works with any wi-fi card which supports rfmon mode. It passively collects packets to identify networks and detect hidden networks. It is built on client/server modular architecture. It is available for Linux, OSX, Windows and BSD platforms.

NetStumbler is a popular Windows tool to find open wireless access points. This tool is free and is available for Windows. A trimmed down version of the tool is also available. It is called MiniStumbler. Basically NetStumblet is used for wardriving, verifying network configurations, finding locations with a poor network, detecting unauthorized access points, and more. But the tool also has a big disadvantage. It can be easily detected by most of the wireless intrusion detection systems available. This is because it actively probes a network to collect useful information. Another disadvantage of the tool is that it does not work properly with the latest 64 bit Windows OS. This is because the tool was last updated back in April 2004. It has been around 11 years since the last stable release of the tool.

inSSIDer is a popular Wi-Fi scanner for Microsoft Windows and OS X operating systems. Initially the tool was opensource. Later it became premium and now costs $19.99. It was also awarded as “Best Opensource Software in Networking”. The inSSIDer wi-fi scanner can do various tasks, including finding open wi-fi access points, tracking signal strength, and saving logs with GPS records.

WireShark is the network protocol analyzer. It lets you check what is happening in your network. You can live capture packets and analyze them. It captures packets and lets you check data at the micro-level. It runs on Windows, Linux, OS X, Solaries, FreeBSD and others. WireShark requires good knowledge of network protocols to analyze the data obtained with the tool. If you do not have good knowledge of that, you may not find this tool interesting. So, try only if you are sure about your protocol knowledge.

CoWPAtty is an automated dictionary attack tool for WPA-PSK. It runs on Linux OS. This program has a command line interface and runs on a word-list that contains the password to use in the attack. Using the tool is really simple, but it is slow. That’s because the hash uses SHA1 with a seed of SSID. It means the same password will have a different SSIM. So, you cannot simply use the rainbow table against all access points. So, the tool uses the password dictionary and generates the hack for each word contained in the dictionary by using the SSID. The new version of the tool tried to improve the speed by using a pre-computed hash file. This pre-computed file contains around 172000 dictionary file for around 1000 most popular SSIs. But if your SSID is not in those 1000, you are unlucky.

Airjack is a Wi-Fi 802.11 packet injection tool. This wireless cracking tool is very useful in injecting forged packets and making a network down by denial of service attack. This tool can also be used for a man in the middle attack in the network.

WepAttack is an open source Linux tool for breaking 802.11 WEP keys. This tool performs an active dictionary attack by testing millions of words to find the working key. Only a working WLAN card is required to work with WepAttack.