Why Airpods And Other Earbuds Are Bad For Your Hearing

Why Airpods And Other Earbuds Are Bad For Your Hearing 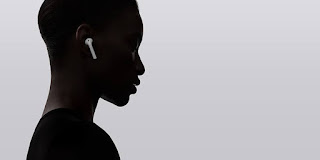 AirPods are wireless Bluetooth earbuds created by Apple. They were first released on December 13, 2016, with a 2nd generation released in 2019. They are Apple's lower-end wireless earbuds, sold alongside the premium AirPods Pro. Within two years, they became Apple's most popular accessory, turning into a critical success and viral sensation.
AirPods are everywhere — even though they’re pretty awful at what they do.
This style of earbud, which rests next to your ear canal but not quite inside it, offers practically zero noise isolation. In other words, AirPods, by far the most popular wireless earbuds, do a poor job overpowering noise like chattering colleagues or teens on the subway. The natural response is to turn the volume louder to compensate — which can quickly turn dangerous for your hearing.

Headphones, in and of themselves, are not a risk. You could listen all day at a low-to-middle volume without health worries. It’s only once you start listening to loud volumes for sustained periods of time that they can start damaging your ears.

Public transportation is “the number one time and place for you to be exposed,” says Fligor. Noise level on subway platforms and inside trains is 94 decibels, and 20 percent of those spaces exceed 100. Add 13 decibels from turning up your earbuds, and we’re at anywhere from 107 to 113 decibels, yet people can only safely be exposed to 100-plus decibels for 15 minutes a day.

You can see the problem.

It’s likely that earbuds are contributing to widespread hearing damage among younger people. According to the American Osteopathic Association, approximately one in five teens today suffer some form of hearing damage, a rate that’s 30 percent higher than it was 20 years ago. The World Health Organization estimates that over “1 billion young people” are at risk of hearing loss, primarily from listening to music on headphones or earbuds.

ALSO READ: Get 100% Cash Back When You Pay Your TV Subscription With Jumia Pay

Adults, meanwhile, have experienced a leveling out in hearing loss — but societal factors indicate that that rate should have gone down, not stayed the same. “We’ve outsourced a lot of our manufacturing jobs and that’s where a lot of noise-induced hearing loss was coming from,” Fligor says. Disregarding hearing loss among those serving in the military, which is on the increase, people are generally much healthier than they were in past decades, and therefore, “our rate of hearing loss should be going down, and we know that it’s not,” says Fligor. 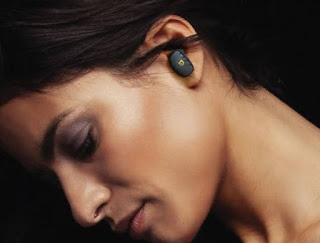 It’s a whole lot cheaper to protect your hearing than it is to try to remediate your hearing,” says Fligor. “Hearing is outrageously precious. People take it for granted, they lose it, and then you can’t get it back.”

Dear readers, what do you think about this?