Great music never dies. It lives on after the last notes have fallen silent.
Over the years, artistes have risen and fallen but very few have left our hearts still humming to their symphonies.
One voice, who is indeed a music legend is Fela Anikulapo- Kuti. In a chaotic world burdened with non-stop reformation, Fela's music was borne of humanity and an overriding quest to influence the tide of the tempests tormenting civilization. His melodies has over the years experienced persistent rebirth in several forms. The pioneering father of Afrobeat ,is as influential as the story of his extraordinary life.
In celebration of this legend, Smooth FM is set to present the award winning Broadway musical 'Fela! The Concert' in Lagos from April 13th-15th 2017.
The concert which was conceived by iconic Bill T. Jones, will hold at the Eko Convention Centre.
Consisting a blend of Jazz, Funk, African rhythm and harmonies, the musical explores Fela’s controversial life as an Artist, a Political Activist and a Revolutionary Musician. It will feature series of his most captivating songs and imaginative staging hereby presenting a provocative hybrid of concert, dance and musical theatre.
Starring cast members of the Tony Award winning Broadway musical, the shows promises Afro-beat music lovers and enthusiasts from all over the world unforgettable nights of dance and music by the late Afro-beat maestro.
Dates:13th - 15th April 2017
Venue: Eko Convention Centre
Tickets are available on:
Felatheconcertlagos.com Quickteller, The Naija Ticket Shop and AfriTicket, SMOOTH FM Studios, Terra Kulture, Jazz Hole - Ikoyi & Ikeja and Eko Hotel Lobby.
“Everybody say yeah yeah”
Media Enquiry: [email protected] 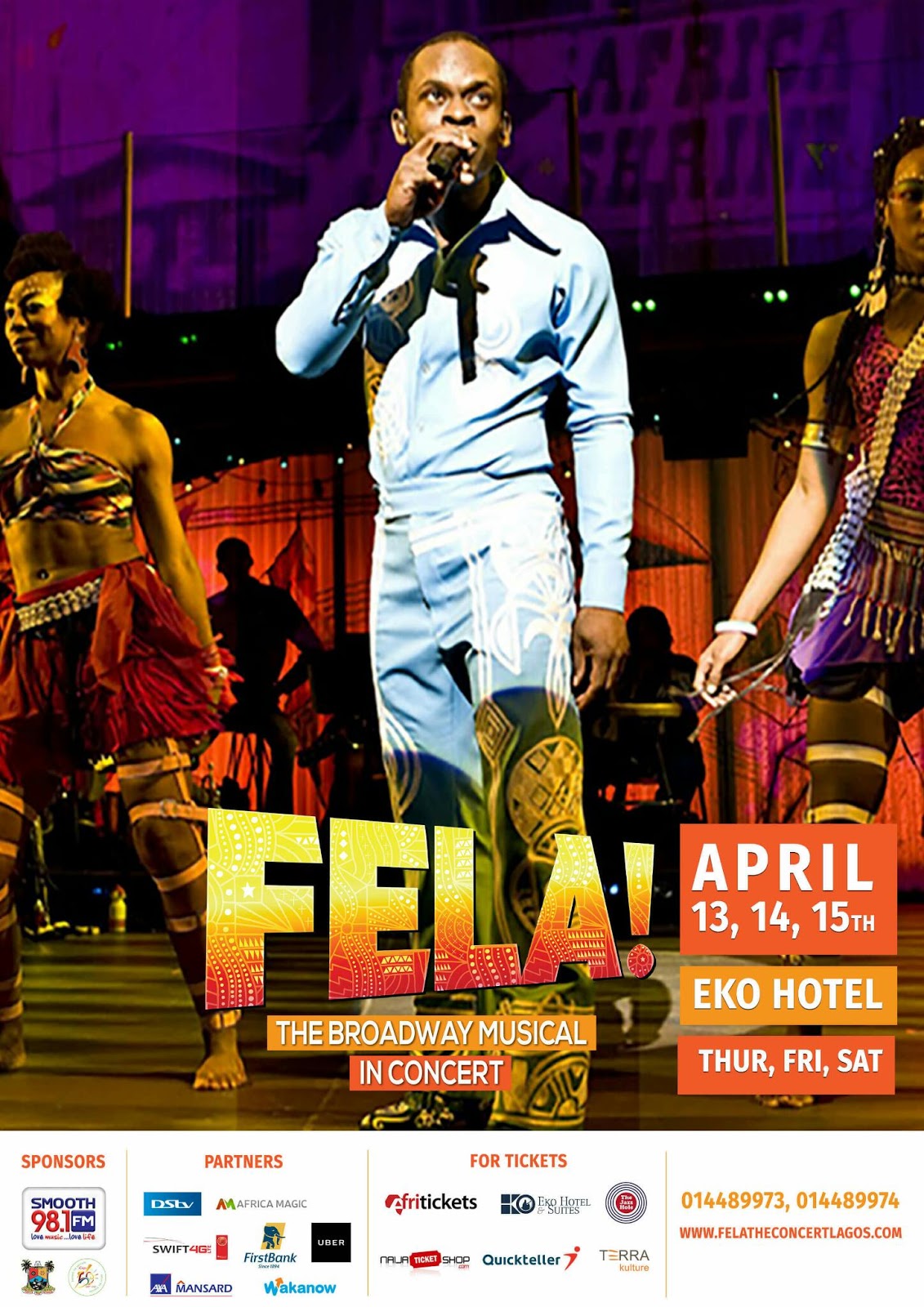