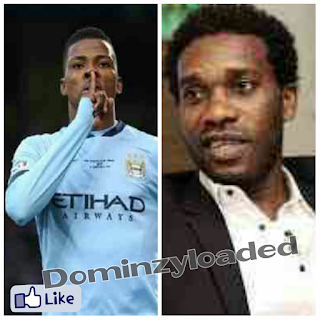 The 20-year old striker struggled for regular game time at the English Premier league club during 2016/17 season,thereby appearing on 5 times in Man. City starting 11.
Iheanacho is competing with Brazilian starlet Gabriel Jesus and Argentine superstar Sergio Aguero for a place in the club's starting lineup.
"I think he has come of age to know that he needs regular first-teams games" Okocha told ESPN FC