See The World's First Gaming Robots Invented By A Nigerian 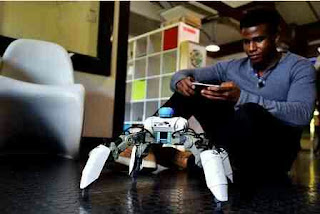 This is Silas Adekunle, who is the founder and CEO of Reach Robotics, a company that has invented the world’s first gaming robots

Silas, born in Nigeria moved to the UK with his family at the age of 11Silas studied Robotics at the University of West England, Bristol where he graduated with a first class degree. 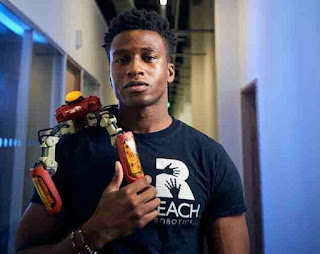 During his studies at UWE Bristol, he came up with the idea for Reach Robotics.Silas during his teaching stint at local schools, discovered how unpopular science, technology,engineering and maths were. He decided to help children pursue careers in those areas by teaching robotics. In an interview with his alma mater, Silas said:“Robotics ties in many aspect of STEM, and who doesn’t like robots?”The gaming robots are called MekaMonstersThey are multi-functional connected battle bots with augmented reality capabilities.Silas is doing really amazing work and building the future! 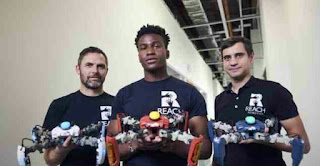 However, The Razer Orbweaver Chroma is one of the best Mechanical switches gaming keypad which provides me the best option of twenty key mechanical keys which are installed with programs and can easily improve my skills for the next level. blog