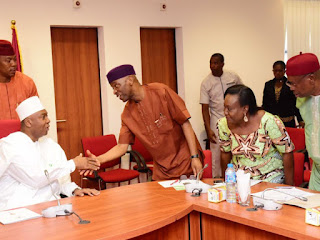 The Committee of Vice-Chancellors (VC) of Nigerian Universities met in Abuja on Thursday on the ongoing strike by members of the Academic Staff Union of Universities (ASUU) and other matters.
The Vice-Chancellor of the Federal University of Technology, Minna, Niger State, Professor Muftau Akanji, who disclosed this in Minna on Friday, said the meeting deliberated on the ASUU strike and made recommendations to the federal government on the way forward.
Asked what the recommendations of the committee were, Akanji declined to give details of the suggestions, but said: “We asked that a middle way should be found into resolving the crisis.”
Akanji described the strike as “very unfortunate”, saying that the industrial action had come “when many universities are trying to stabilise their academic calendar. For us in the FUT everything would have been normal this year”.
He however pleaded with both the federal government and ASUU to settle their differences in the interest of the education sector, parents and students.