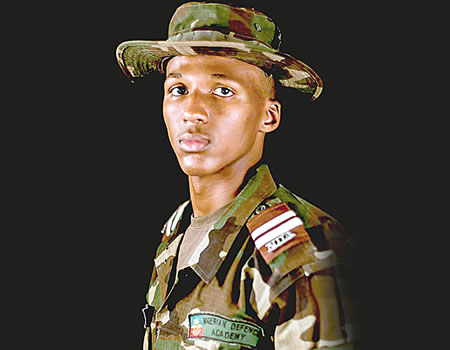 Bature practically swept all the awards on offer during the Passing out Parade at the Nigerian Defence Academy, Kaduna. He was so outstanding his statue was unveiled to perpetuate the memory of his sheer brilliance, focus, hard work and exceptional life of discipline.

According to military sources, by having his life size statue erected at the NDA (a relatively new tradition in the academy), he joins other exceptional cadets before him in the military Hall of Fame.

But he surpasses them all still: 2nd Lieutenant Ahmed Buhari Bature has set a record that will be difficult to match, much less beaten.

22-year-old Bature, from Sokoto State, is described by officers at the NDA as charismatic, hardworking and highly disciplined.

When a child does well, the whole village celebrates him. An elated spokesman to Governor Aminu Tambuwal of Sokoto State announced on Twitter and Facebook: “He won every accolade on offer. A statue was errected in his honor.”


Bature joined the academy in 2012 to study for a Bachelor of Science (BSc) degree in Computer Science. Through his consistent, sheer brilliance and discipline, he was said to have become a prep winger within a short time.

This means he was training other cadets who joined the academy for short service.

It is said that his going to England for further training at the Royal Military Academy in Sandhurst had to be deferred because he had become so valuable at training and mentoring other cadets.

He not only emerged the best in his department; in the final year of his training at the academy, he emerged as the Academy Cadet Adjutant (ACA).

The ACA, according to military sources, is the most senior/powerful cadet, and more or less the de facto administrator of his set in the academy. He oversees all the affairs of his (cadet) set and liaises with the military authorities in the academy on their behalf. 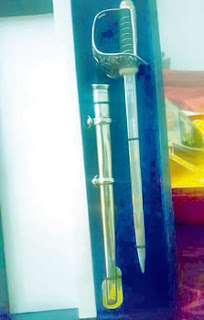 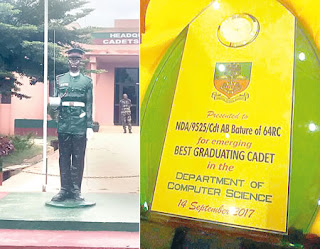 He is respected (indeed, feared) by his set and exercises vicarious authority on behalf of the military leadership in areas of discipline, welfare, training, drills and so on.

Usually, only cadets with exceptional all-round brilliance, and who have shown consistent promise (in all areas of training, academics, discipline, etc) are chosen as Academy Cadet Adjutant.

It is said that an ACA is a potential future Chief of Army Staff, and is so prized, protected and honoured.

As ACA (reportedly the youngest so far), Bature is said to have ‘administered’ over 2,300 cadets, possibly the largest ever in the history of the academy.

Saturday Tribune gathered from reliable military sources that Bature has, indeed, set a record as the first cadet ever in the NDA to have swept all the honours available the way he did.

Young Bature was said to have shone like a star during the Passing out Parade, as he was repeatedly called to receive awards. 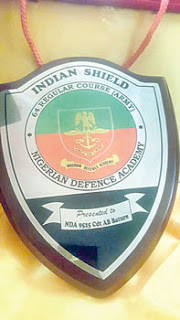 The Sokoto State chapter of the National Youth Council is already celebrating him as a worthy ambassador for the youths, especially of Sokoto State.

A statement by the chairman of the council, Bello Bala Shagari, says Bature has become “a role model who has proven his worth and that of the young people of Sokoto State.

“We at the Youth Council believe that if the youth of Sokoto State are given the chance, such hardworking and excellent qualities that are inherent in our young people will come to light,” it state.

It then called on government of the state to continue the good work of identifying gifted young people of Sokoto State and honouring them in the best way possible.

“Insha Allah, we will all live to see 2nd Lt Ahmed Buhari Bature become a General in the Nigerian army; the kind of General that Nigeria and the world at large will be proud of.”