Types Of Food That Is Suitable For Your Blood Group 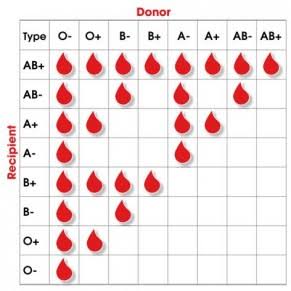 The blood type diet, also known as the blood group diet, was popularized by a naturopathic physician called Dr. Peter D’Adamo in the year 1996.
His book, Eat Right 4 Your Type, was incredibly successful. It was a New York Times bestseller, sold millions of copies, and is still wildly popular today.
In this book, he claims that the optimal diet for any one individual depends on the person’s ABO blood type.
He claims that each blood type represents genetic traits of our ancestors, including which diet they evolved to thrive on.
This is how each blood type is supposed to eat:
For the record, I think any of these dietary patterns would be an improvement for most people, no matter what their blood type is.
All 4 diets (or “ways of eating”) are mostly based on real, healthy foods, and a huge step up from the standard Western diet of processed junk food.
So, even if you go on one of these diets and your health improves, it doesn’t necessarily mean that it had anything to do with your blood type.
Maybe the reason for the health benefits is simply that you’re eating healthier food than before.