See The Leaked Photos And Design Of iPhone 11 Max 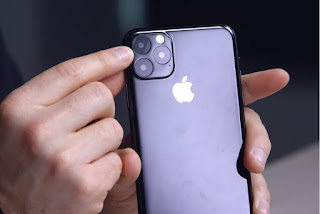 IPhone 11 max provides an allegedly accurate depiction of both the front and rear of Apple’s next-gen flagship. It coincides perfectly with previous CAD-based renders of the smartphone and also corrects some of the errors present on the Chinese clones that have been circulating online recently.


Looking at the phone’s back panel, its instantly obvious that the new camera module of iPhone 11 max is just as massive as first expected. It sits right along the edge of the top-left corner and houses a total of three sensors which have been triangularly arranged. Per leaked information, the iPhone 11 Max will feature three 12-megapixel cameras of similar characteristics but with some fundamental differences. One of the sensors will act as the primary one and support optical image stabilization, while the second one looks set to inherit a telephoto lens that’ll offer 2x optical zoom 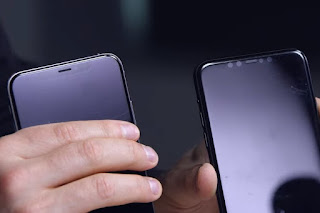 Regarding the third camera, reports suggest Apple wasn’t able to include optical image stabilization. Nevertheless, it’ll feature a new super-wide-angle lens that’ll allow the latest flagships to compete more directly with Samsung and Huawei’s latest offerings. All of the cameras are accompanied by a large quad-LED flash and a small microphone. Also, circling back to the physical appearance, the module itself is actually pretty thin despite its overall size and looks set to be Apple’s thinnest camera in years.