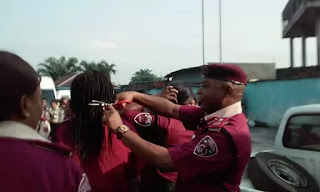 The Sector Commander of the Federal Road Safety, FRSC Corps in Rivers, Andrew Kumapayi, on Monday carried out a general inspection on the staff of the FRSC headquarters in Port Harcourt.

The inspection covered the uniform and fingernails, as well as the hairdos of FRSC personnel and Kumapayi was on hand to ensure that the female officers whose hair styles allegedly ran afoul of the requirements of the Corps got an on-the-spot haircut.
However, on the Corps’s website is an image of a woman whose hair appears to be braided and who is supposedly an example of how female FRSC marshals ought to appear. 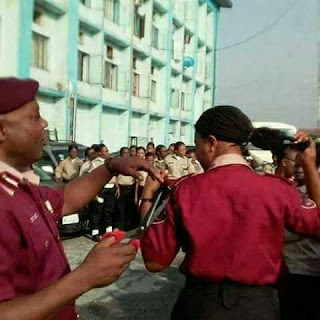 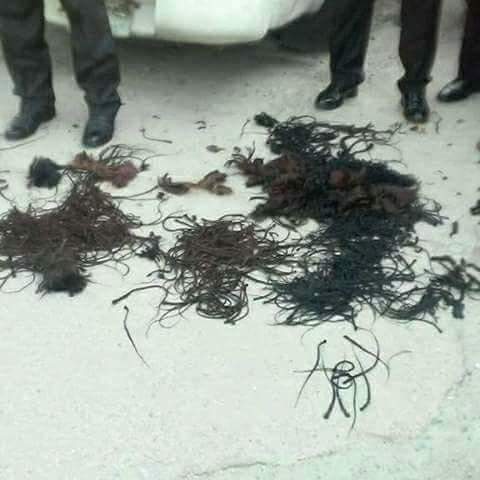